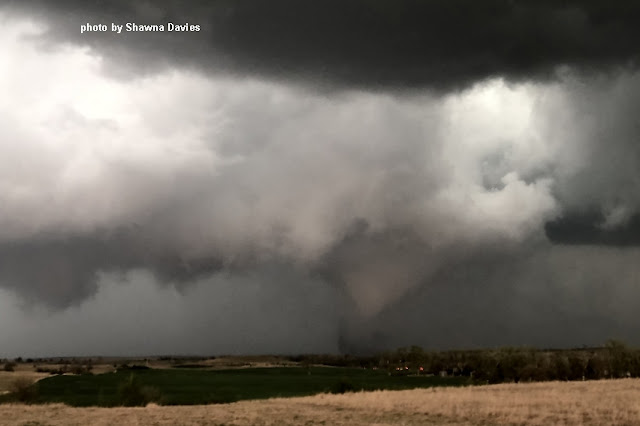 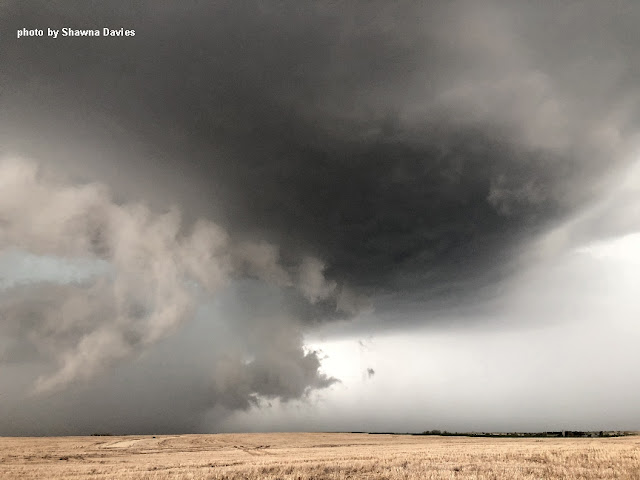 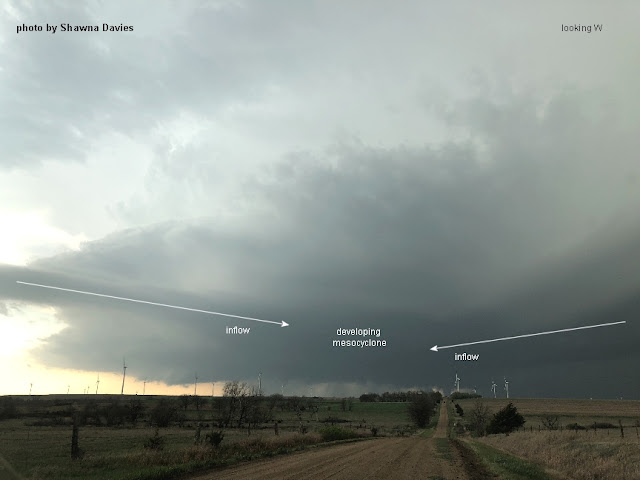 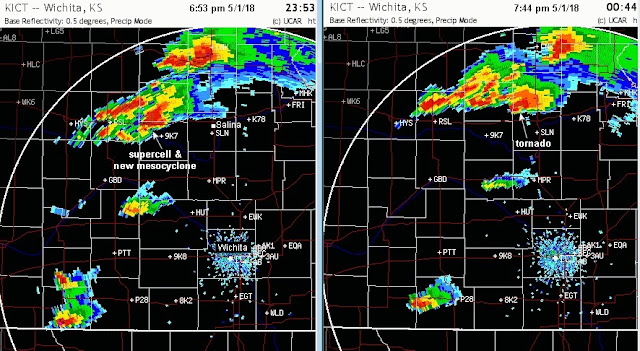 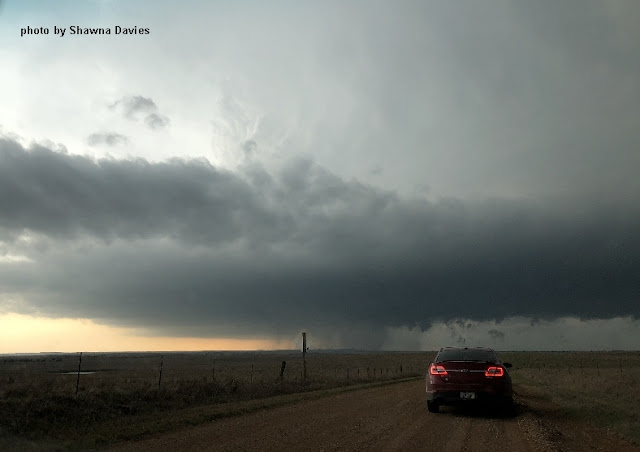 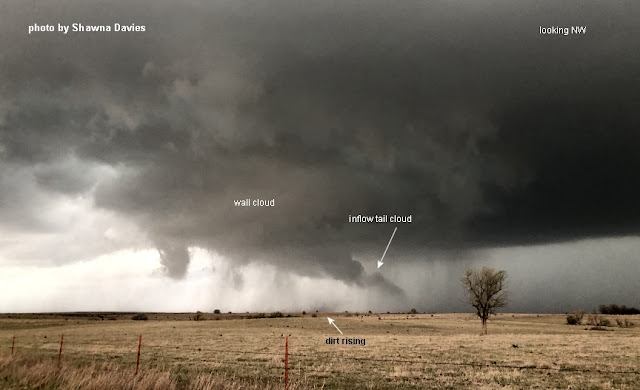 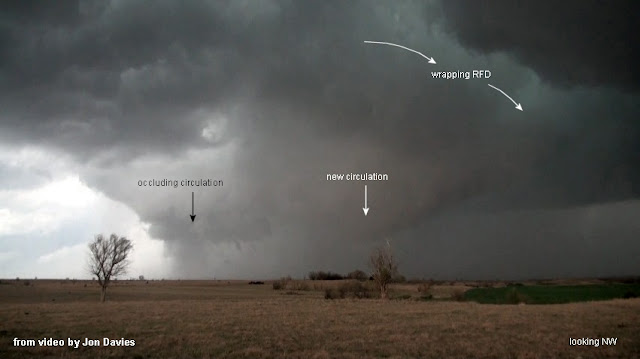 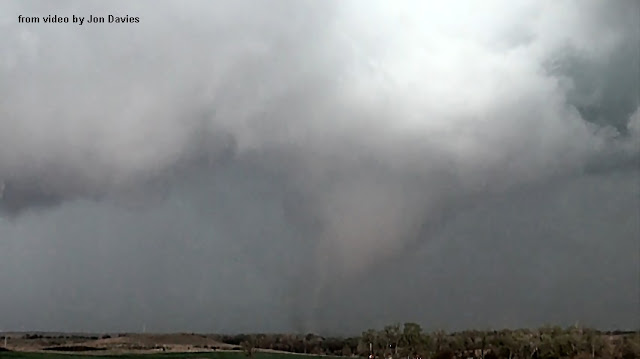 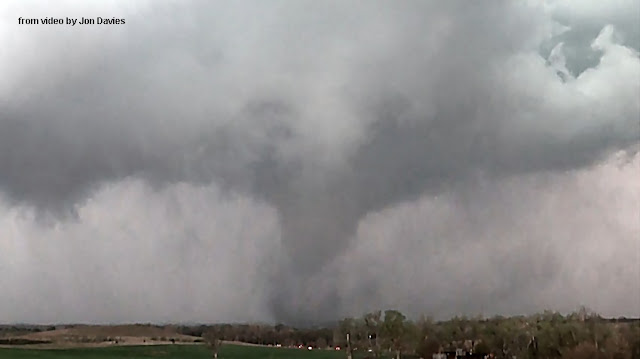 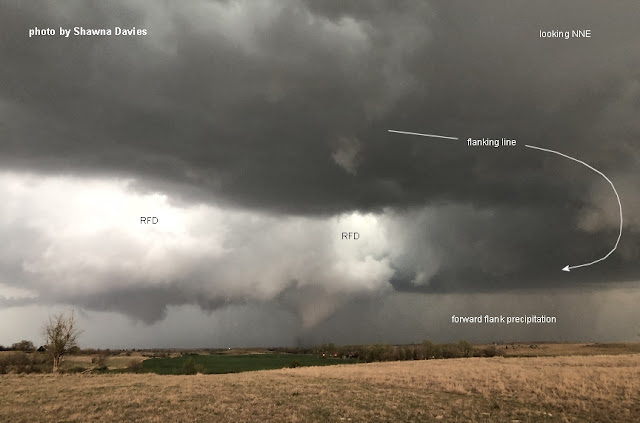 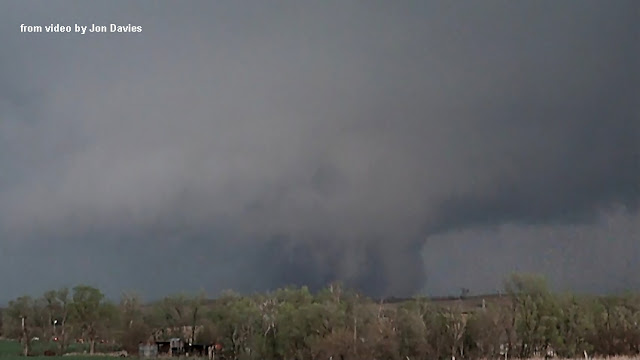 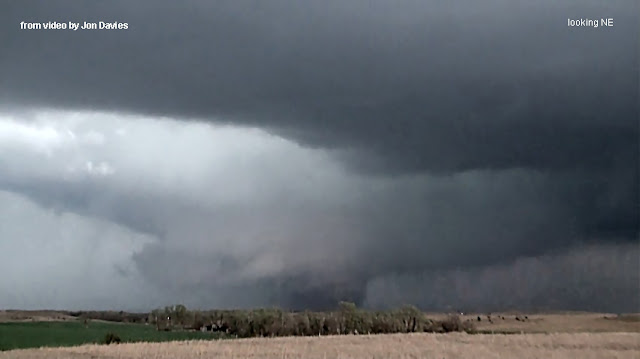 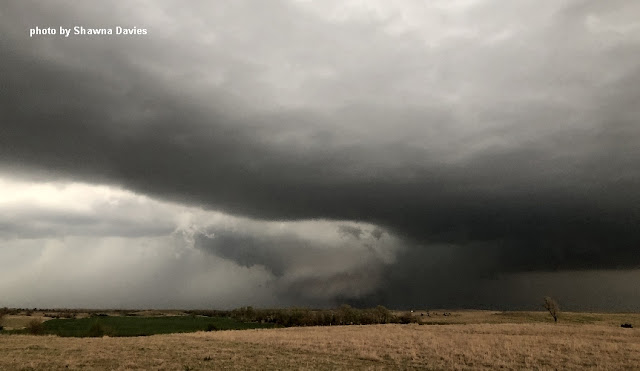 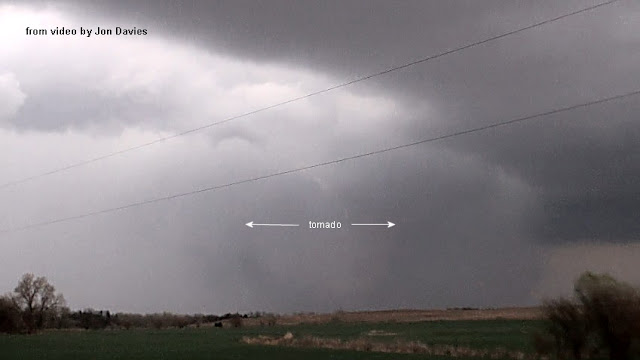 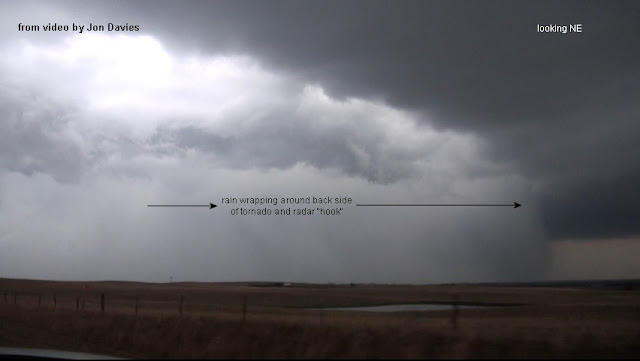 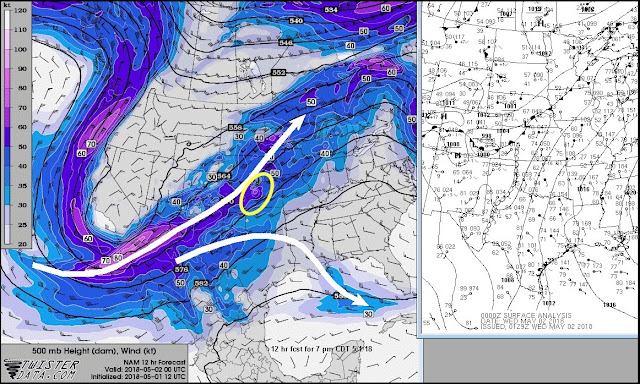 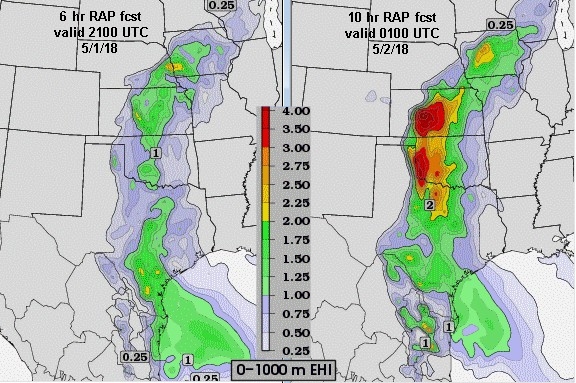 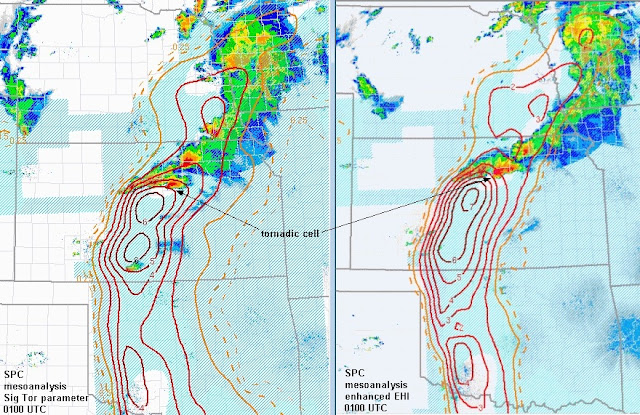 Very nice write up Jon! I left the storm north of Great Bend to head south to St. John and Medicine Lodge areas. Yes agree the LLJ probably enhanced the Tescott tornado, and was hoping the same near St John, and think the cap was a bit too strong south, but did produce a brief tornado by the KS/OK border. Great photos of what I missed lol, the RFD is very visible and the initial tail cloud always points into a deep low to mid level meso (heat engine). This is where tilting is occurring but still believe the tornado itself never comes from tilting and stretching, but rather from below the meso where the pressure is falling rapidly and in combination of convergence/shear interface along the RFD as it is hitting the ground, and frictional forces, the tornado vortex suddenly erupts. Congrats!