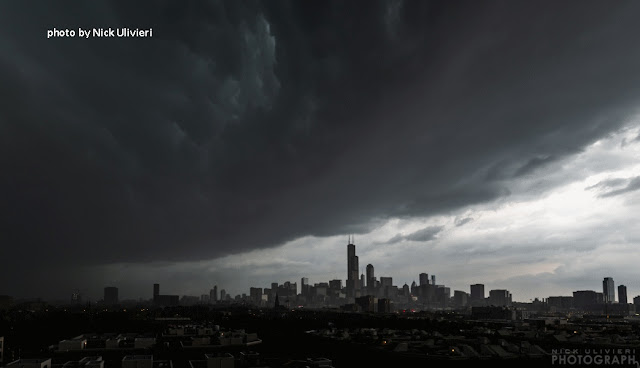 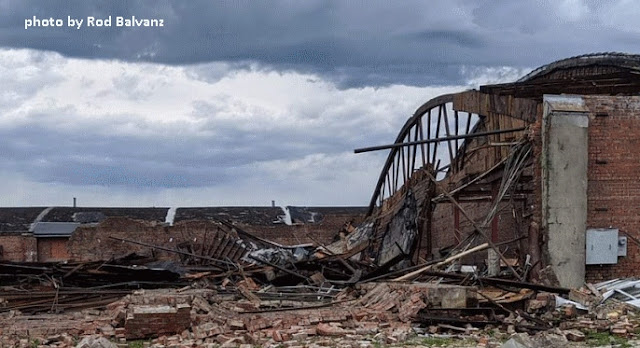 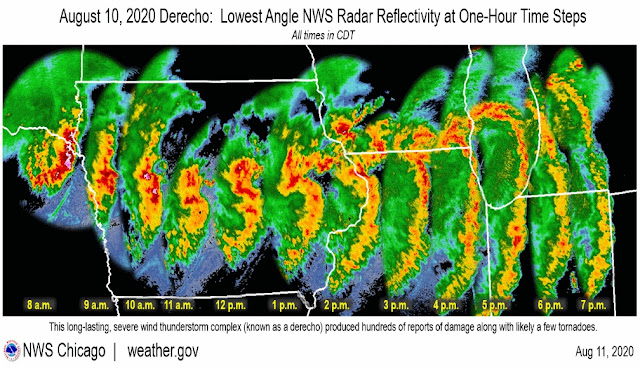 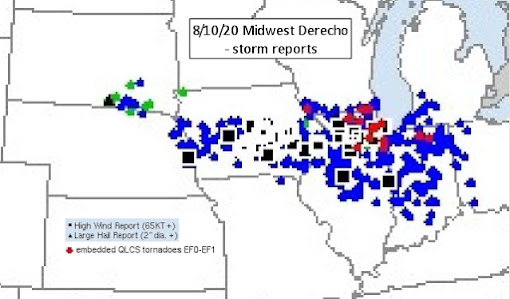 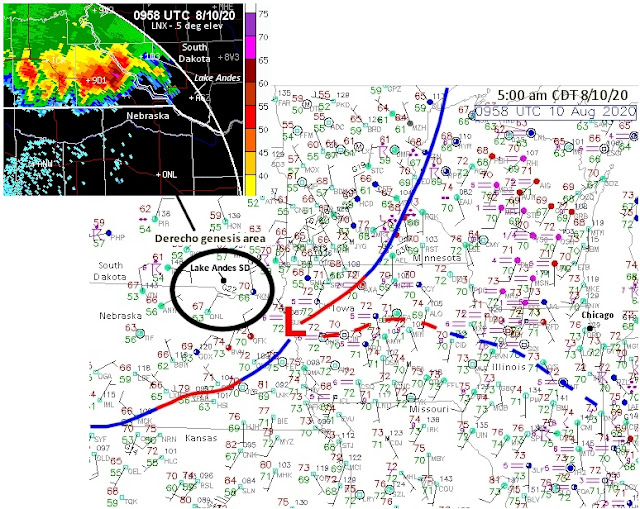 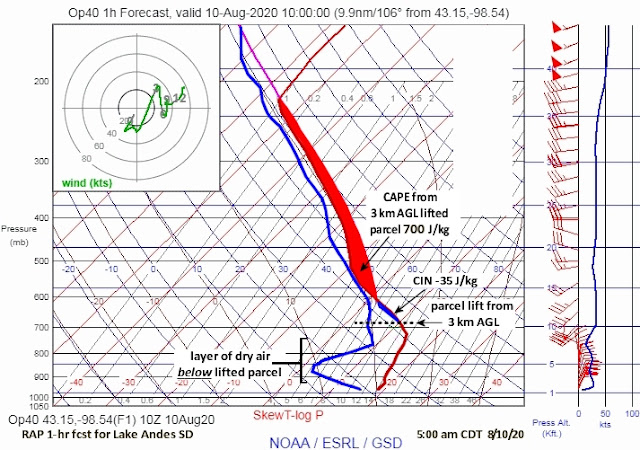 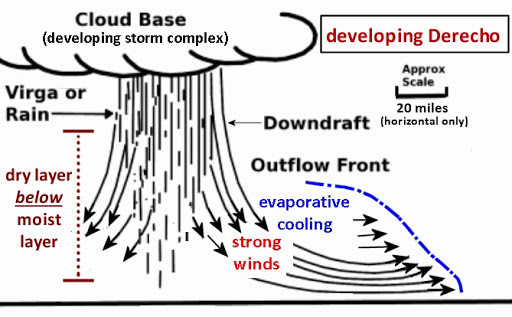 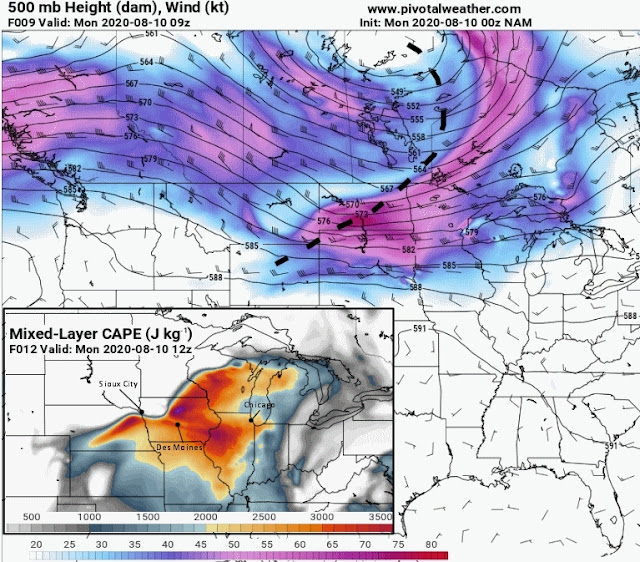 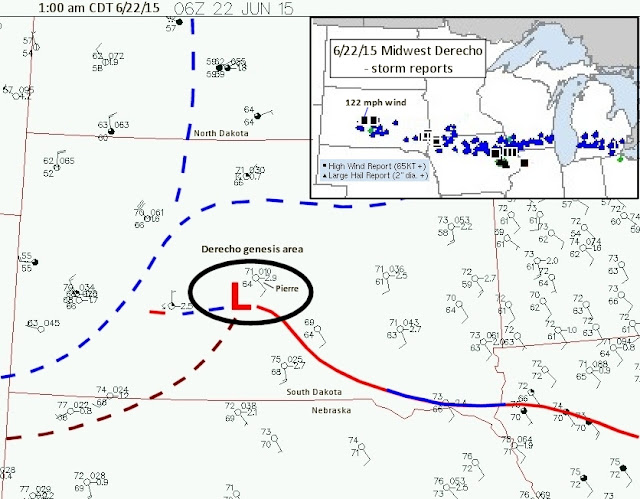 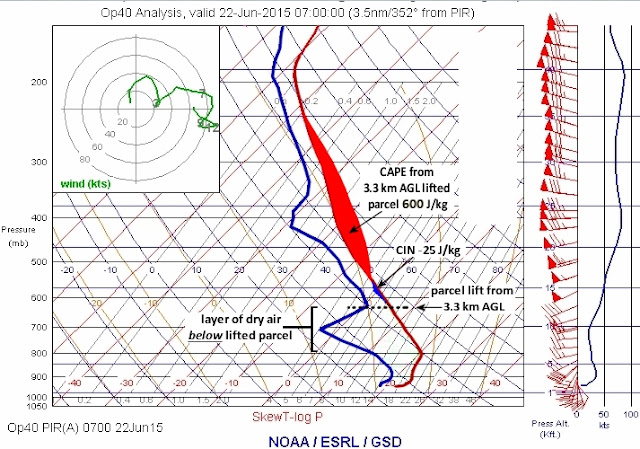 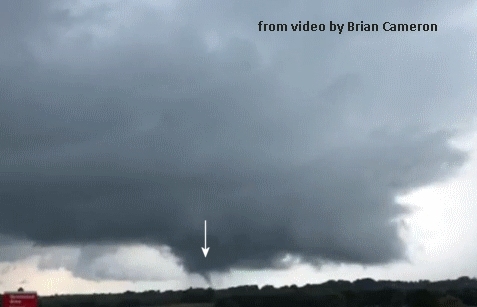 I've had several people ask me what was going on with the unexpected but well-photographed tornado (above, EF0) last Wednesday 7/29 at early afternoon near Smithville, MO, north of Kansas City, only a few mile north of where I live.  I was quite surprised when I heard about the warning associated with it, and wondered myself how there could be a tornado on this particular day.
Although not something one could really anticipate, a careful look back at the setting revealed that it was not 'random' or 'from out of the blue'.
There was a well-defined boundary (dashed red-blue line below; a weak stationary front?) on the surface map at noon on 7/29/20 across the Kansas City metro area, delineating south winds to the south of the boundary from light easterly winds on the north side of it: 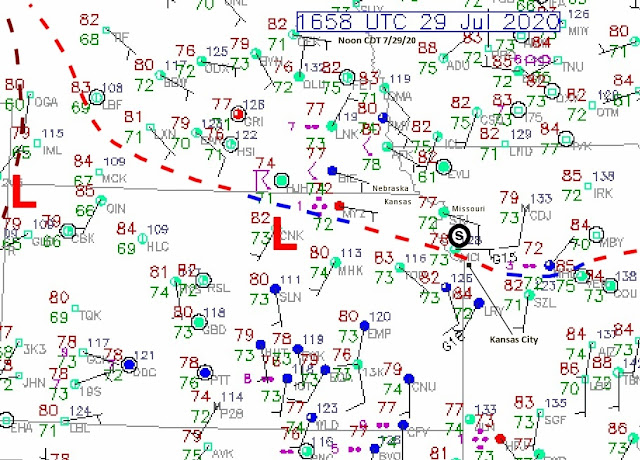 As many forecasters and researchers have pointed out in recent years, tornadoes like boundaries, often because favorable wind shear (a change in wind direction and speed as winds veer with height) that might help generate a 'spin up' can be present along and across such boundaries.  The black-circled 'S' on the map above shows that the location of the small supercell that later spawned the weak tornado was indeed very close to the boundary.
Here's satellite and zoomed-in radar reflectivity near the time of the tornado (1:45 pm CDT, or 1845 UTC), with a white circle showing the location of the supercell mesocyclone and rotation in the storm near Smithville: 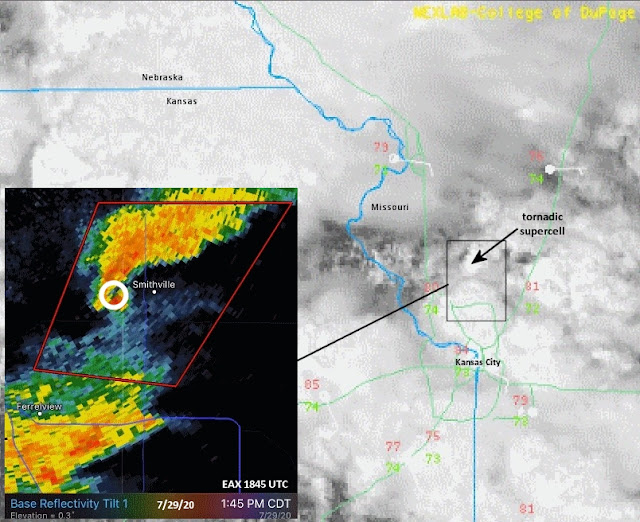 It is also interesting that a broad, weak low was present at 700 mb (roughly 10,000 ft above sea level) nearby over southeast Nebraska at midday on the SPC mesoanalysis: 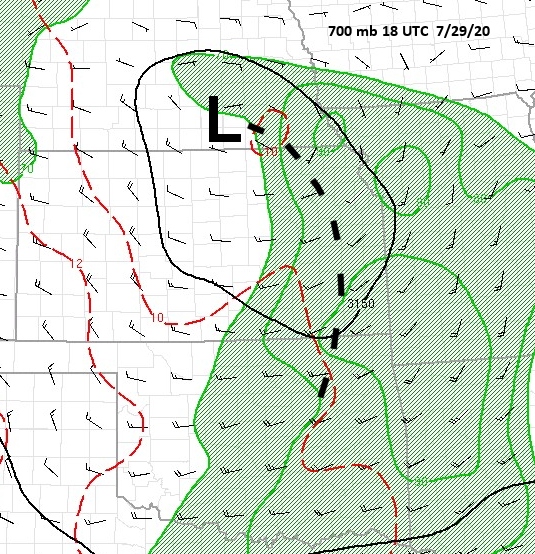 This weak low aloft and a short wave trough (heavy black dashed line) moving around it helped provide lift for generating thunderstorms over northeast Kansas and northwest Missouri.  In a way, this looked like a weak 'cold-core' tornado setting, and coupled with the east-west surface boundary, was another factor that may have helped set the stage for a tornado.
The storm environment, though subtle, also offered some ingredients that were marginally supportive of supercell tornadoes.  The first panel below from the SPC mesoanalysis at 1800 UTC (noon CDT) showed that low-level wind shear, though not large, was enhanced some just north of the east-west boundary (0-1 km storm-relative helicity / SRH > 50 m2/s2), as one might expect with easterly surface winds just north of Kansas City on the surface map earlier:

The 2nd panel above showed that instability in low-levels close to the ground was large (0-3 km mlCAPE > 150 J/kg) near the boundary across the Kansas City area.  Although subtle, combinations of both low-level shear and instability together were largest in that area (see black oval in 1st and 2nd panels above), just south of Smithville.
One last ingredient was deep-layer wind shear (surface to 6 km above ground, 3rd panel above) that was near the lower limit (around 25 kt) of what is considered supportive for supercell storms.  But on this day it was enough to do the trick.
Here's a RAP model analysis sounding estimate of the environment near Smithville at midday along the east-west boundary: 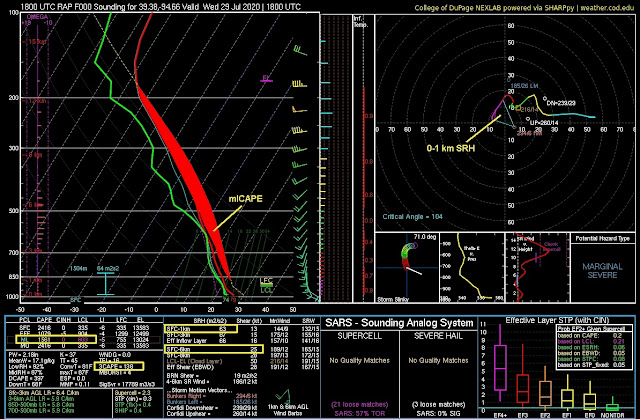 Although not impressive, the instability (which I've manually shaded in red above) and vertical wind shear were apparently just enough to help generate and support a tornado as the supercell crossed the surface boundary moving north-northeast.
In particular, the instability in lowest levels close to the ground probably helped with stretching of air in the small storm's updraft as it interacted with the local boundary.  The photo below shows a cloud ridge flowing into the storm with 'vapory-looking' scud close to the ground, a typical visual 'look' when large amounts of low-level CAPE are present not far above ground, and low-level stretching in updrafts may be enhanced.

This weak event wasn't of much importance (brief tornado, no damage), but is another illustration of how subtle ingredients can come together to produce a mesoscale 'accident'.  Given how marginal the setup was, an experienced nowcaster and meteorologist would not expect anything more than a weak tornado or two from such a setting.
- Jon Davies  8/2/20
Posted by Jon Davies at 2:10 PM No comments: