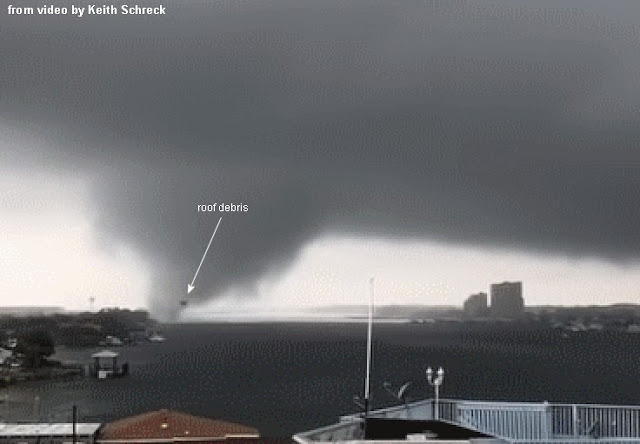 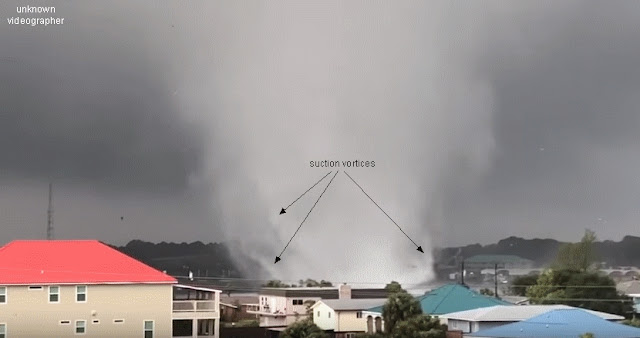 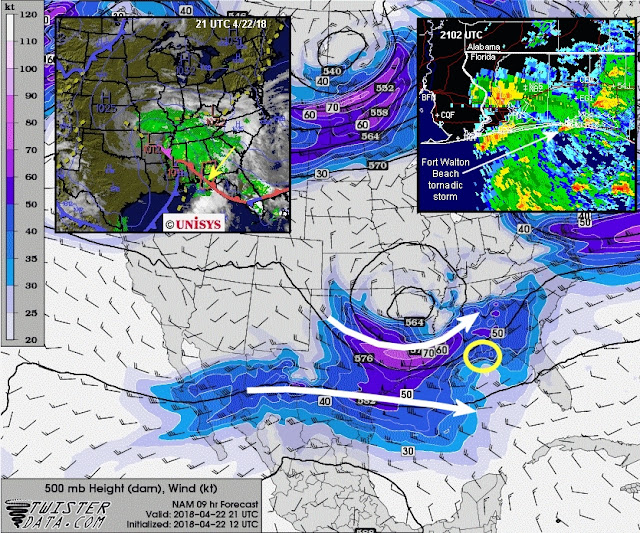 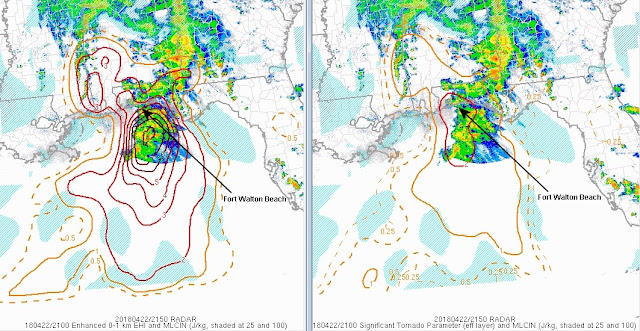 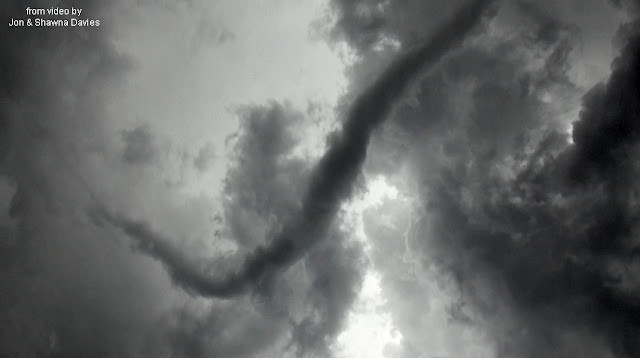 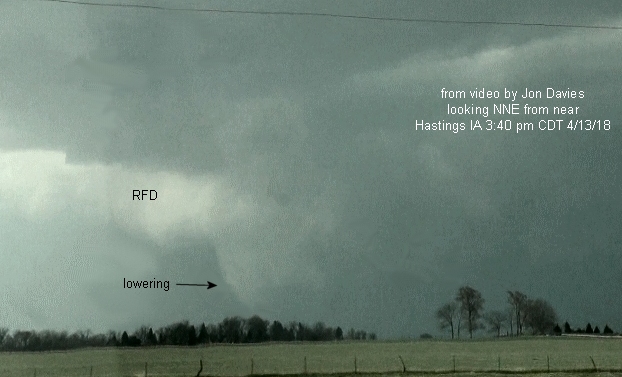 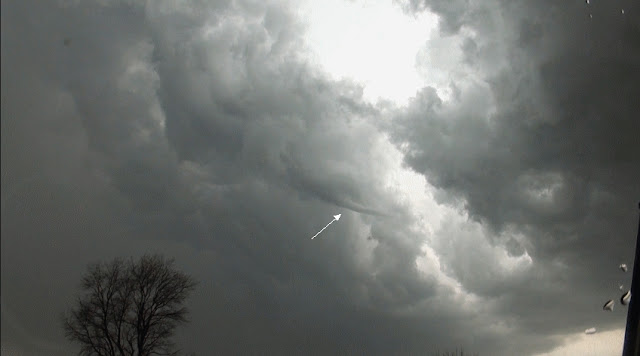 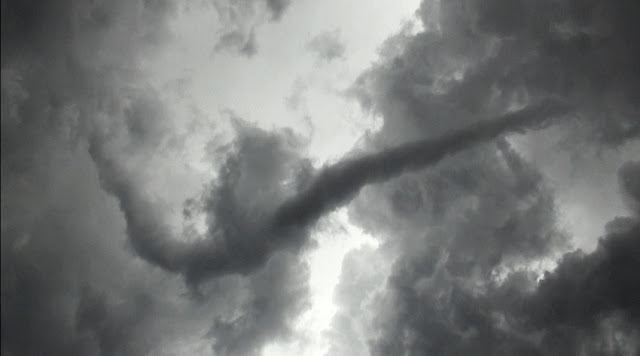 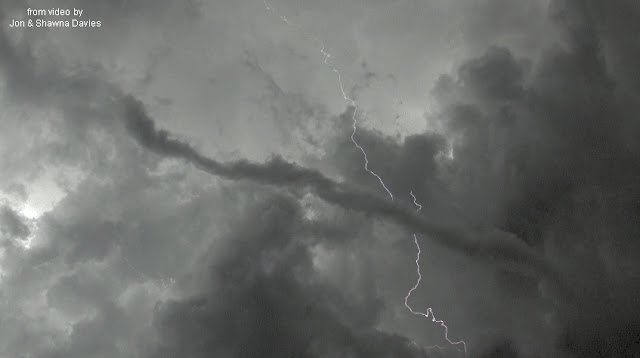 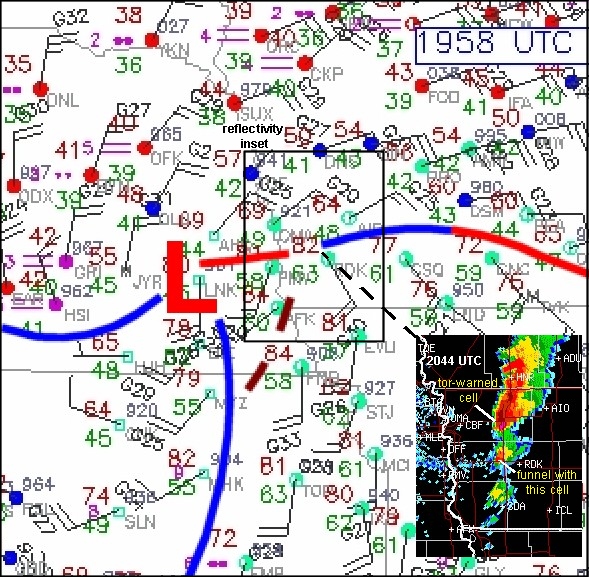 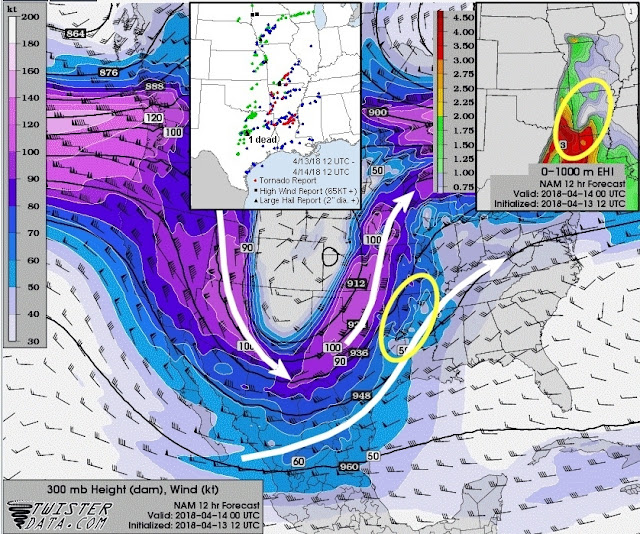 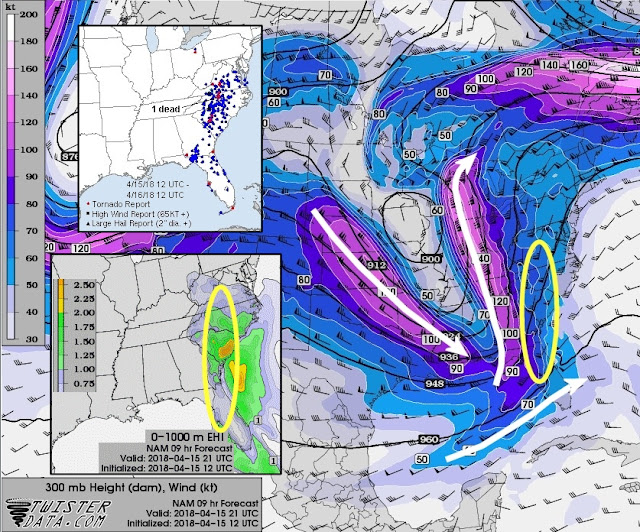 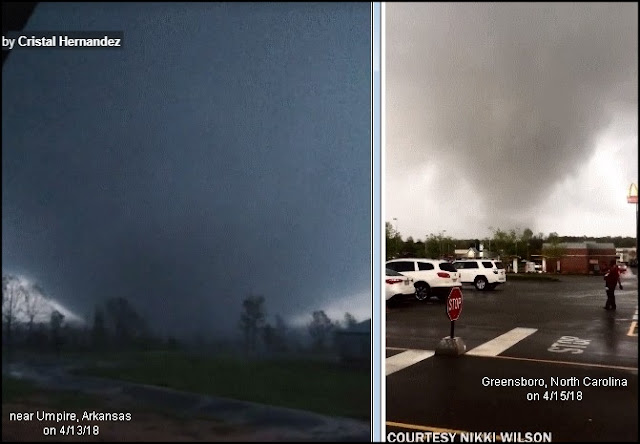 Posted by Jon Davies at 3:18 PM No comments: 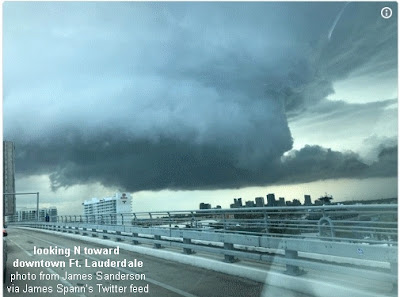 Yesterday's tornado (from the supercell pictured above) in downtown Ft. Lauderdale, Florida was just another reminder that the urban legend saying tornadoes don't strike in the heart of cities is very false.   Thankfully, the downtown tornado was only EF0 in intensity, and there were no injuries. Another EF0 tornado occurred about an hour later at the Ft. Lauderdale-Hollywood International Airport. Although both were weak, it's interesting to take a quick look at the setting that helped generate the tornadoes.

As many researchers have shown, tornadoes like boundaries because they are a source of vorticity ("spin"), among other factors.  The surface map and radar below about 30 minutes before the Ft. Lauderdale downtown tornado suggests that a boundary laid down by an ongoing storm may have helped the second storm trailing along behind it to become tornadic: 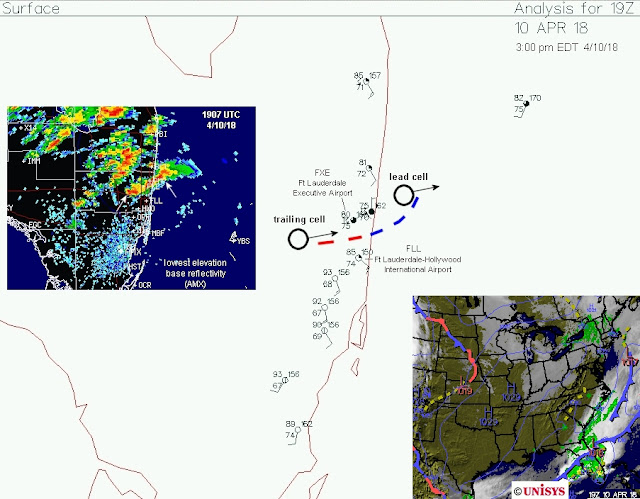 As this second storm became dominant and moved along the boundary toward the east-northeast (see radar and satellite below), it produced a weak tornado shortly after 1930 UTC (around 3:35 pm EDT) that was visible as a dust cloud passing through downtown Ft. Lauderdale:

The setting wasn't conducive to strong tornadoes, but in addition to the boundary, the SPC mesoanalysis at 1900 UTC (3:00 pm EDT) showed an environment that was at least marginally supportive of tornadoes.  The first graphic below shows that deep layer wind shear (0-6 km) was around 30 kt, which can support supercells, even though storm-relative helicity (SRH; a source of "spin" for supercell tornadoes) was meager (only around 50 m2/s2):

However, 0-3 km lapse rates were 7.0 to 8.0 deg C/km (see below), a rather steep temperature decrease in the lowest few kilometers that could facilitate low-level stretching.  This is more akin to the High Plains of the U.S. rather than near sea level in Florida, and instability (CAPE) in lowest levels was also plentiful.

While none of these parameters are particularly impressive, the combination of this marginal environment containing moderate to strong instability (>2000 J/kg of total CAPE, not shown) with the boundary noted earlier was apparently enough to generate the Ft. Lauderdale downtown tornado.

The weak tornado at Ft. Lauderdale's major airport around 4:25 PM EDT (2025 UTC) may have also been influenced by another boundary (a broad outflow boundary moving S, see satellite image below).  This boundary could have interacted briefly with yet another storm moving into Ft. Lauderdale from the west:

By any stretch (pun intended), these tornadoes weren't really predictable in advance.  But an alert forecaster might see ingredients coming together in real-time to heighten situational awareness for monitoring of radar and public reports.

The brief analysis above also suggests that, although the tornadic storms were supercells, some non-supercell/non-mesocyclone processes (related to steep low-level lapse rates along boundaries) may have also been at work for this event.

Posted by Jon Davies at 7:37 PM No comments: