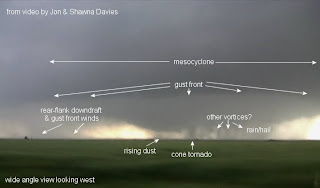 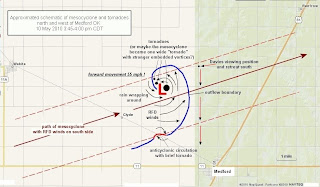 Great post! I always learn something any time you write up these events, and I appreciate it.

Excellent write up Jon! We fell behind the storm and missed the main tornado show but witnessed the secondary area of rotation and its brief tornadoe/s. The whole environment was chaotic. I knew there had to have been some sort of secondary rotation [Coriolis affect?] and that those weren't intense RFD spinups...reading your blog removes confirms everything I thought! Nice work!

Thanks for your comments, John and Adam! That was a crazy storm, difficult to figure out what was going on. Glad my post was a little help in understanding it.