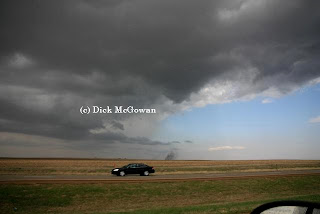 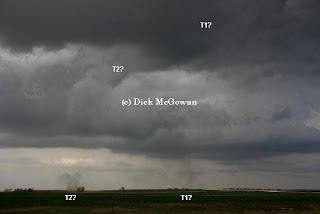 Update 4/8/10 AM - I looked back at the surface analysis I did in the previous post, comparing it to Dodge City radar base reflectivity just before 2100 UTC on 4/6/10, and found I missed a boundary (Dick McGowan also mentioned this). I've drawn this in on the updated surface map (with radar) above, suggesting that the Wakeeney tornadoes occurred at or near a pretty decent boundary intersection, which may have added some nice vorticity ("spin").
Posted by Jon Davies at 8:11 PM