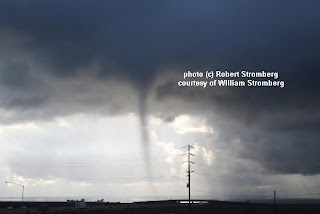 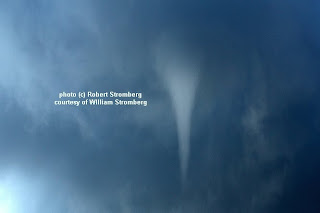 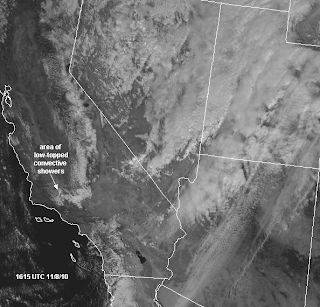 Hi John, this is chaser Joel Ewing from Tucson, Az. I've got your site bookmarked, as I like to surf thru here with some regularity. I always seem to come away learning something!
Thanks for the report and analysis of the Bakersfield action. Aside from chasing the midwest each spring for about a month, I keep my ears open for reports of activity in the desert southwest where I live. I have always wondered if the area around Bakersfield gets the ocassional tornado. Speaking to folks who have lived there, they usually report that they never get them. However, I've lived in Tucson since '61, and "real" tornadoes touch down around here usually once or twice a year...but ask a local and they'll tell you they've NEVER heard of a tornado in Tucson. So...the pics and text from Bakersfield was particularly satisfying for me. Have a great Christmas...it'll be here soon, you know! Joel Ewing